Teenagers have a natural curiosity and a desire to explore, including drugs and/or alcohol. Experimenting with drugs does not automatically lead to drug addiction; addiction occurs when your teenager crosses over from occasional use or abuse of a substance to the need to use it, which results in a loss of self-control. Anyone can become addicted to drugs; even the brightest, healthiest teenagers can succumb to the temptation. By educating yourself on the signs and symptoms of drug use, you will be more aware of potential problems with your teen before abuse turns into addiction.

Teenagers are notorious for their concerns about the way they look. Many teens are specific about the clothing they wear, their makeup and their overall hygiene. Teens who are abusing or addicted to drugs and/or alcohol often focus less on their physical appearance. For example, a teen may begin to shower less frequently than normal, or he may no longer care about the clothes he wears.

Although teenagers often need and spend a lot of money, teens who have an addiction problem will frequently ask for money without giving a clear reason as to why they need it. Addicts usually do not ask for large amounts of money; instead, they frequently ask for small amounts. Your teenager may also be secretive about her spending habits. For example, she may claim to need more money for a school function than what she actually needs, so she can keep the extra money.

Teenagers who have an addiction may change friends and/or their “hang-out.” They may no longer associate with familiar friends, even those they have known since childhood. A change in friends may happen for a couple of different reasons, such as hiding their substance use from their old friends and/or no longer having anything in common. Substance users will typically seek out other users so they can do drugs/alcohol together. Breaking curfew and lying about where they are going is common for teenagers who have an addiction.

A change in appetite is often one of the first signs of substance abuse. Depending on the type of drug being used, your teen’s appetite may either increase or decrease. For example, if she is frequently smoking marijuana, she may want to eat more frequently or consume larger portions. Alternatively, if she is using stimulants, you may notice a significant decrease in her appetite. Sleep patterns also change depending on the type of drug being used. For example, stimulants may prevent your teenager from sleeping for long periods of time.

Other Changes in Behavior

Teenagers struggle daily with peer pressure, fitting in and trying to please their parents as well as their friends. It is common for teens to be moody and to withdraw from adults, so in many situations, parents do not see the concrete signs of a teen substance abuse. But parents may have a strong feeling that something is wrong. If your teenager is normally very responsible, and you notice a sudden change in behavior, it’s often a sign. Substance abuse usually begins to take precedence over activities, friends and hobbies that were once important, resulting in responsibilities being frequently neglected and your teen becoming more and more irresponsible over time.

Anyone who has lived with a teenager is familiar with his frequent mood swings. It is normal for teens to get angry, depressed and withdrawn at times, and these changes do not always indicate that your child is addicted to drugs and/or alcohol. But a consistent pattern of unpredictable, moody and emotional behavior may be a sign that your teenager has an addiction problem. Although many of the signs and symptoms of substance use are similar regardless of the drug being used, certain warning signs are drug specific, including:

Substance abuse sometimes can and likely will worsen over time. Fortunately, addiction can be successfully treated to help teens stop abusing drugs and lead a productive life. Intervening early, when you first notice signs of drug use, in your teenager is critical. If you suspect your teenager is addicted to drugs, it is important that you seek help through a treatment center that specializes in providing care for teens with addictions.

When a teenager is addicted to drugs or alcohol, they require a rehabilitation program that is operated by professional counselors. The rehabilitative program for a teenager overcoming an addiction is different from the treatment that is provided to adults. In some cases, an addicted teenager is as young as 13, requiring a knowledgeable counselor and physicians with an understanding of how to care for an adolescent who is in a rapid growth phase with constant changes of their hormones.

Teenagers seeking detoxification and rehabilitation may also have co-occurring conditions that make treatment more complex. Some of these conditions include:

Before a teenager enters a residential rehabilitation program, they are evaluated to determine the best treatment for them. During detoxification, counselors will determine the types of drugs that a teenager is addicted to in order to plan an individualized course of treatment. Teenagers are often addicted to more than one drug or use a drug in combination with alcohol. This means that counselors must create a poly-substance dependence treatment plan.

Each teenage client in a rehabilitation facility is treated as an individual with a written treatment plan that includes specialized care for dual diagnosis and co-occurring conditions.

Teens are especially vulnerable to the dangers of drugs because their bodies are still growing and their brain functions are developing. Addicts in treatment go through particular steps to overcome their addiction.

Counseling sessions for teenagers are held in both group and one-on-one settings. Eventually, parents, siblings and friends also attend counseling sessions to help a teenager adjust to returning home or to school. A teenager will undergo several types of counseling therapies in order to change their mental attitude about drugs, alcohol and addiction. Some of the therapies include:

For mild or short-term addictive behavior, outpatient treatment is effective, but most teenage addicts require an inpatient residential program that lasts from 30 to 90 days.

Guiding Teens to Seek Out Rehab

Teenagers seldom seek professional help on their own because they do not have enough life experience to understand the danger they are in from an addiction to alcohol or drugs. The teens entering a residential or outpatient program are often in the facility because of an arrest, accidental overdose or parents bringing them to the facility.

While the legal system or parents can force a teenager to begin a rehabilitation program, the best outcome from treatment will occur when the teen cooperates with counselors. 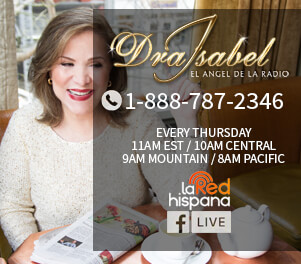 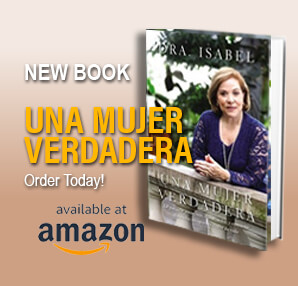